Having conquered the Badlands, we now faced a two-day drive west to the Grand Teton Mountains. All that stood in our way was most of Wyoming.

As a kid in Texas, if you’d asked me what I thought of Wyoming, I’d say I hadn’t thought about it. I knew it was kind of like Montana, and Montana was kind of like Texas in a cattle and cowboys sort of way. Heck, it’s probably a crap hole. They don’t even have sports! I wasn’t totally wrong (there are cattle!), but wow was I totally wrong.

Due to time we couldn’t pull over for too many pictures, but the best way I can put this experience is “Shit, I should buy a motorcycle.” (Sorry mom.)

A relatively short detour off of Interstate 90 would bring us to Devil’s Tower, the original national monument.

The spire was visible in the distance while we were still 30 miles out. Gorgeous views of the lowlands built anticipation as we steadily wound nearer. Despite the monument standing for over 40 million years, at the base I swore it was going to collapse onto me. It didn’t.

The tower has long been a sacred site. Local natives used the protruding rock as an outpost to locate bison and elk on the surrounding prairie while crafting weapons. Early settlers used the venue for massive July 4th picnics. Even to this day, from all across the world, crazy people armed with carabiners and rope arrive to scale the Devil’s Tower.

The tower is a brief yet worthwhile stop along a must-see region of the world.

I wish I could effectively capture the splendor of Wyoming in writing. I wish my photos conveyed even a fraction of its allure, but they won’t. Shit’s neat. Real neat.

Despite its beauty and size, The Equality State (yes, that’s the state motto) remains the least populated in the US. Wyomingites be warned, never legalize marijuana. If you do, all of crowded Colorado will be invading. I’m already scheming my personal conquest. 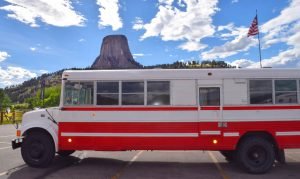 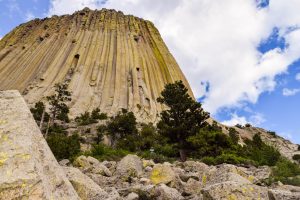 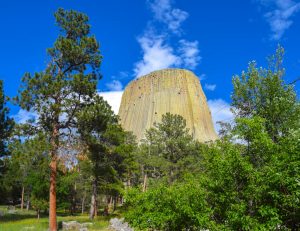 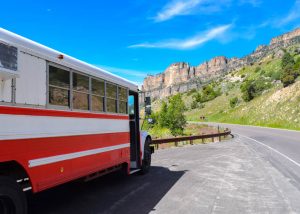 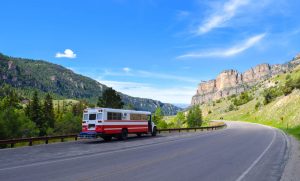