Glacier National Park has a road, Going to the Sun Road, that cuts through the entire park. It remains closed until summer is in full swing and the ice has melted to re-expose the asphalt. There is an open-bus guided tour that you can take. Although a little pricey, it is well worth the cost. The road cuts in and out of the valley, over and under waterfalls, and eventually up the mountain. The view is so striking you’ll want to pinch your eyeballs and chuck your camera out the bus.

We didn’t take that tour. Instead, we used the free shuttle service. It didn’t allow for clear photos, but the drive was still eye-pinchingly good.

The shuttle reached Logan Pass, and we exited to the trailhead.

We had finally invested in hiking boots, and this was their maiden voyage. The timing couldn’t have been better. The first mile of the trail was not only hilly, but also covered in deep snow.

A hilarious number of unprepared tourists attempted the trek. Slipping, sliding, and face-planting their way through the fields of snow until the trail cleared. A couple of days earlier and we would’ve been on our asses with them, but not this time. We’re prepared experts. We had boots.

Oddly enough, it was at this clearing that most people stopped and turned back. Right where the trail eased up. Maybe they mistook the nearby obvious pond for the hidden lake we were hiking to.

Regardless, we continued on the rocky terrain, passing bluffs and several mountain goats. Until finally, it came into view…

Hidden Lake. Don’t be fooled by the name – the trail leads right up to the water. It’s not even hiding.

A series of steep switchbacks lead down to the lake, and assault your knees in the process. It is steep. Steep enough to make log-rolling downhill into the water sound like a good idea.

We were rushed to explore the lake and nearby waterfall. The last shuttle time was fast approaching.

Plus, the walk back down Going to the Sun Road would’ve been difficult. Considering the drive up took over an hour, I figure it would’ve taken at least that for us to get back to camp? 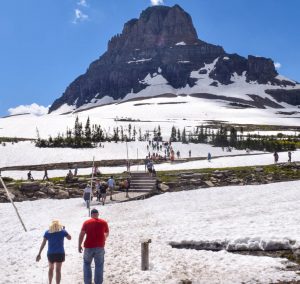 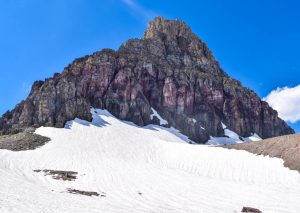 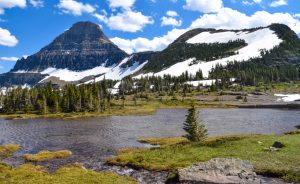 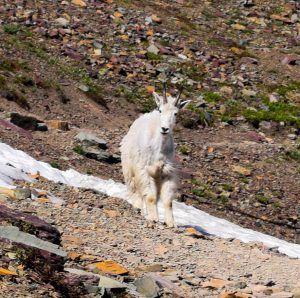 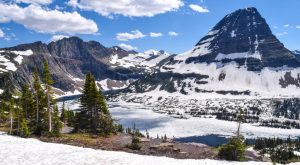 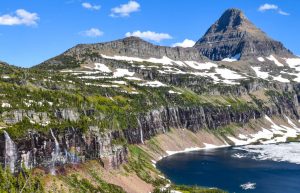 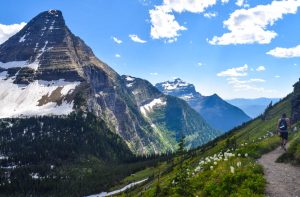 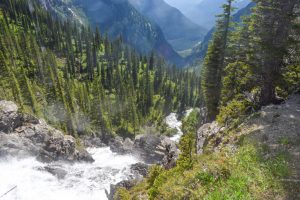 What are we Doing?
Adventure Starts When Shit Hits the Fan
Redwood National Park, CA
Why a Bus?