July had just given way to August, and it was a sauna outside. Even here in the Pacific Northwest, it was hot by my Texas standards. So it was especially surprising to find out that the park had opened not even a week prior – due to the main road being covered in ice. Turns out that this was the latest opening date, ever, at Lassen National Park. So much for global warming, idiots!

(I know that’s not the argument for climate change. Please don’t email me about it.)

At Lassen, everything you see is the result of volcanic activity – the last eruption being as recent as the First World War.  From barren ashen plains, to boulder-ridden fields, to flatulent hot springs that will have you suspiciously eyeing other visitors — this park has all of the highlights of a freshly active volcano.

It wasn’t all rocks and fart smells, though. Due to the high levels of precipitation, the mountain was rich with plant life. Large trees and blooming wildflowers alike thrived in the high altitude. Snow blanketed the more shadowy regions, and apparently will persist late into the summer season.

Thankfully, our impeccable inability to plan wasn’t a problem at Lassen. Even when campgrounds were full, there was an option to overnight in the parking lot of the visitor center for a small fee. In many other parks this would be “frowned upon” and “totally not allowed” (cough Glacier cough), so that was a welcome change. The only lacking amenity, in this case, was a shower…

But who needs a shower when there’s an ice-capped lake to bathe in?!

It’s interesting how much easier it is to work up the gonads to plunge in when people nearby think the idea is lunacy. It’s almost as if you’re in grade school again, and somebody is double-daring you to it. So you do. And then just as quickly as you charge in, you find yourself gasping and running to shore — making sure those gonads are still nearby. 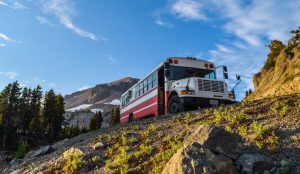 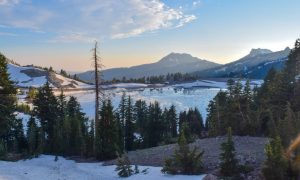 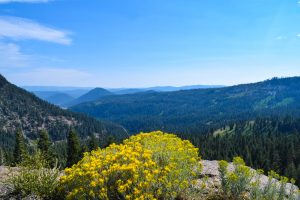 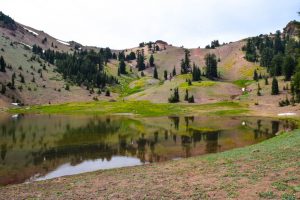 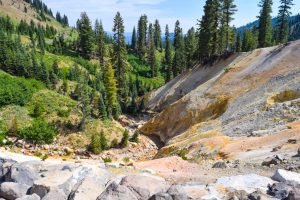 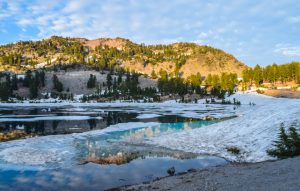 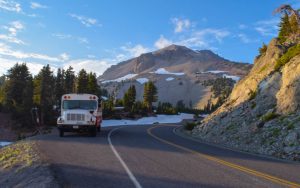 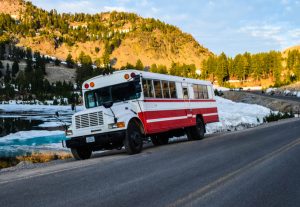 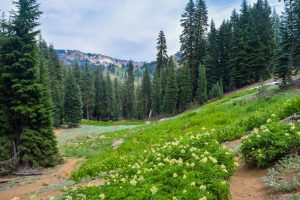 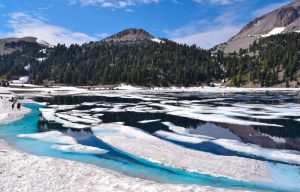