Mount Rainier was like the previous two national parks (North Cascades and Olympic) on a steady regimen of PED’s and crack. The park itself was bigger, the rainforest rainforestier, and the mountain volcanoier. Rainier even boasts the largest glaciers in the continental US, by both area and volume.

However, the park also had greater crowds and less secluded campgrounds than the previous two. North Cascades and Olympic are mostly first-come first-served for camping, which is more ideal for locals and us bus folk.

The mountain (or more specifically “Stratovolcano”) is so large that it commands its own climate. Rainier can trap clouds, leaving the mountain concealed in mist and frequent rainfall. The summit was clearly present when we first arrived, but by the time we set out hiking the next day, low-lying clouds hid the looming giant. Blue-balled by a damn volcano…

Rainier was only the 5th national park established, but it was the first to be designed as a national park specifically. Campgrounds were selected to be close to trails and interesting features, and the winding road up the dormant volcano was designed to deliver remarkable mountain views.

For instance, a couple of miles from the Ohanapecosh campground are Silver Falls. These are my favorite falls so far, but it’s a little difficult to pinpoint why. It was hardly the tallest, or most voluminous. However, it was just right. You could stand near the base and bask in the spray of the falls. It could be climbed. Its water was remarkably clear. It was the Goldilocks of waterfalls. (Or more aptly, the Little-Bear’s-bowl-of-porridge of waterfalls.)

A short walk from the other primary campground, Cougar Rock, is a fast-moving river. Glaciers fuel the river with milky gray water that pulverizes the stony riverbed, while a sketchy fallen log bridge offers the only way across.

More impressive, however, was the amount of rock stacks hikers erected in the area. Standing in contrast to its dismal grey surroundings, a collaborated cathedral protruded from the ground. It is astounding what people can build when we work together.

Being the self-declared “best in the west” rock stackers, we added a spire of our own. The rest looked like dog shit in comparison. Haha! Suck it, other people! 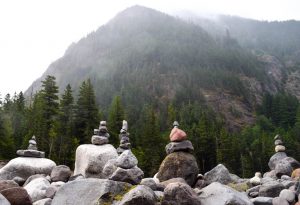 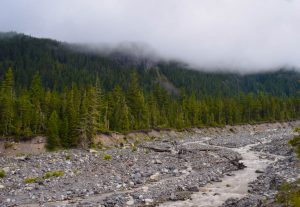 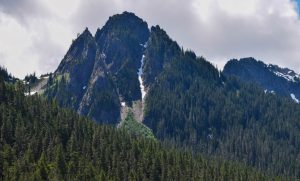 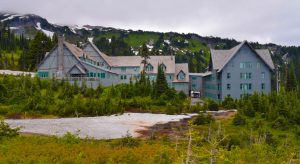 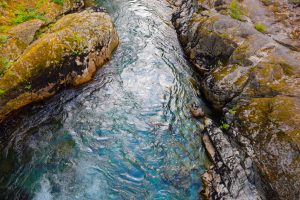 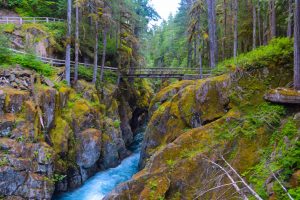 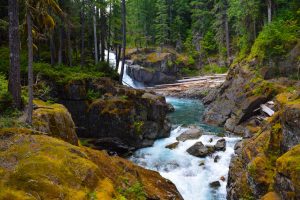 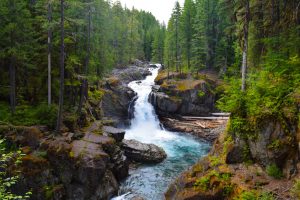 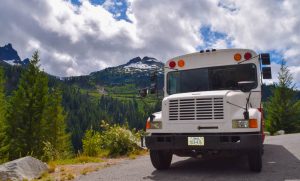