We’ve seen some big trees. The Pacific Northwest has had me craning my neck upwards in admiration of firs and cedars – many of which exceed 200 feet in height. While these were stunning at the time, the memories lost some of their luster after spending more time in northern California.

In the land of huge rent and massive taxes, the redwoods are no exception. Here on the coast, where there is no shortage of rainfall, the trees compete for another resource — sunlight. Growing taller and taller, jostling for that sweet, sweet sunlight, the redwoods tower up to 300 feet over the forest floor.

Hiking through the lumbering giants is a surreal experience – it’s as if you were transported into a fairytale forest, where at the end of a long winding trail, a wolf is dressed up as your grandmother. Some redwoods are as tall as a football field and wider than a country road, and that’s not hyperbole. They are ginormous.

Along the coast, the giant redwoods seem to prevent the clouds from rolling inland. Instead of the stereotypical sunny beach, a low-lying mist clings to the air — concealing the nearby ocean. Even though the sun was scorching in the grassy forest clearings nearby, it was cool on the coast. People from the area called this a “microclimate” — a phenomenon that creates vastly different weather in adjoining areas.

A short hike from the beach lays Fern Canyon, and this trail should not be passed up. Walking along a creek that carves through the forest, you enter a canyon with walls covered in lush ferny wallpaper. The path begins with hopping over shallow streams and climbing fallen trees. The further you progress down the one-way canyon, more and more people turn back as the difficulty ramps up. The trees pile up in a fashion similar to a late-stage game of Jenga, causing you to dip and climb through them like an Army training course. Consequentially, it has the honor of being named “Most Bodacious Course” on the National Parkour Tour™(trademark pending).

The National Park is a portion of a cluster of state parks along the west coast. Even though we didn’t hike those, the drive through them is a quintessential part of the US’s famously scenic Highway 1.

Among the hundreds of trails in the multiple parks in the surrounding area, I doubt a single ‘bad’ one exists – though I’d encourage you to find out for yourself. 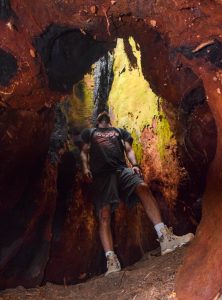 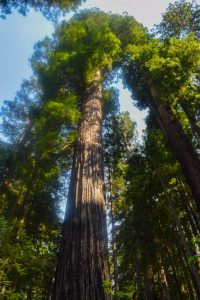 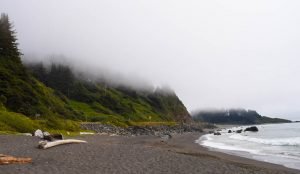 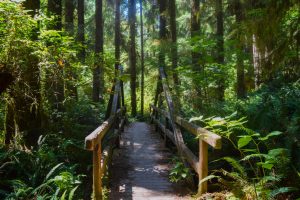 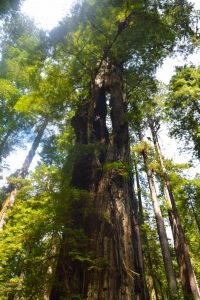 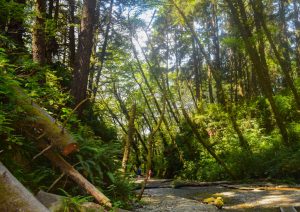 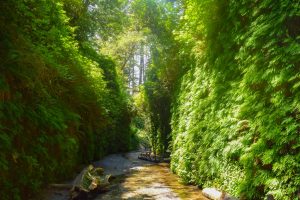 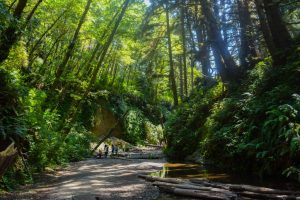