Now that we had gardened with the Gods, we headed due north. We zipped through Denver, killed some time in Boulder due to the highway being temporarily shut down (thanks cyclists!), and finally arrived at Rocky Mountain National Park.

After a brief scenic drive we reached a clearing at Glacier Basin. Its a rocky bowl filled with many scattered campsites, ranging from hulking RV’s to custom lifted tents, and now complete with one bitchin’ bus.

This was our first time to boondock on the trip. However, the park offered generous hours to run the generator and had ample public restrooms. So, in reality, our boondocking was more like “glamping” for $20 a night.

What sets this park apart from the others we’ve seen so far is the shuttle service that runs throughout.  It stops at the major sights, hiking hubs, and the nearby town of Estes Park. This is greatly appreciated by us bus folk, so major props to RMNP for the free service.

For the casual tourist, a wide array of experiences can be found within a short stroll of the shuttle stops. Winding paved trails around lakes, bridges spanning rushing brooks and waterfalls, and the subtle hum of Coloradans complaining about the out-of-towners—this place has it all.

However, now having a handful of parks under our belts, we’re experts. Such experiences are beneath us. Thankfully, the park had miles and miles of secluded hiking to see the guts of the Rockies. These trails aren’t for the faint of heart, as many go up and down hundreds of feet in elevation.

Despite the pleasant sunny weather our first day, the second was frigid and windy. Cool trailheads lead up to colder and colder footpaths, until the route was blanketed in snow.

In this event we asked some returning hikers how the trail was up ahead. Assessing our gear of sneakers, and in Ryan’s case a tank top, they said we’d be canonized if we completed the path dressed like we were.

Not wanting to be fired from a cannon, we decided it was best to turn back.

But rest assured, random pirate hikers, we will come back prepared, and it is YOU who will be canonized. 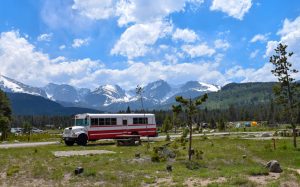 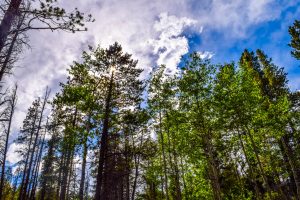 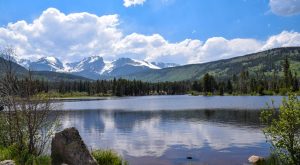 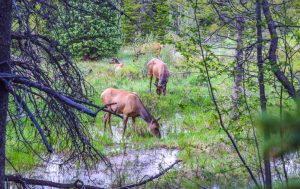 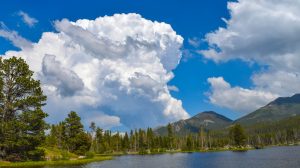 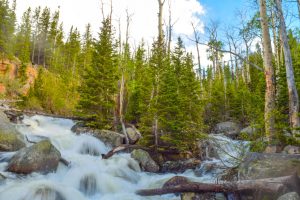 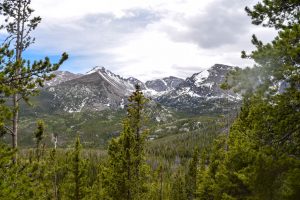