We all stood in eager anticipation waiting for it to blow. Hundreds–if not a few thousand–of people were in the audience. The twenty minute window in which it was estimated to erupt had come and gone, and the crowd was growing restless.

“When I say old, you say faithful!” a guy from the audience yells. “OLD!”

We and a handful of fellow spectators gave a half-hearted “Faithful!” shout in return. Sometimes a geyser just needs a little encouragement.

At ten minutes past the estimated blow-point, Old Faithful finally lived up to its name. Hot water erupted from the sandy mound as cheers erupted from the crowd. Phones and cameras shot up to snap the ordeal as the geyser proceeded to gush steam and water for the next few minutes.

And even quicker than it began, the water stream died down. The crowd dissipated, and a new horde would begin setting up chairs for a front row seat at the next scheduled eruption.

The park contains some of the most varied and mesmerizing natural features in the world, and the same could be said of its tourists. Welcome to Six Flags Over Yellowstone—where the queues are replaced with lengthy drives and bad drivers come to hone their skills. Where the main attractions are packed like sardines that have evolved to use selfie-sticks.

The hot springs are some of the largest tourist traps, as you are confined to structured wooden walkways. The iconic lower and upper waterfalls that slice through the park’s grand canyon are also angst-inducing. These pine-planked sidewalks funnel into a single small overlook, causing people to collide like the opening scene of basically every war movie.

Thankfully, solace from the crowds can be found outside of the major attractions, as most tourists don’t seem to care for hiking. The park boasts a variety of trails through mountains, prairies, and rocky beaches along Yellowstone Lake.

Where America’s (and arguably the world’s) first national park truly excels is the abundance of wildlife. Deer and elk frequent the campgrounds in the morning and evenings, silently grazing outside of unknowing tourists’ camps. Coyote, bear, and marmot can be viewed on the mountainous trails, while prairie dogs peek-a-boo around the Mammoth springs. The plains are littered with bison. The big dummies meander across roadways in defiance of park guidelines, frequently bringing traffic to a standstill with their suicidal jaywalking.

Despite the theme-parkesque crowds, or perhaps because of them, the park stands out as one of the most memorable stops on our journey. The sheer size of the park is inspiring; the range of terrain impressive; and the variety of animals extraordinary. But if you like your nature with a side of seclusion, perhaps keep driving north. 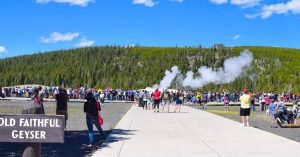 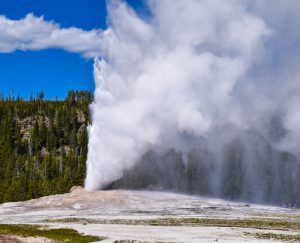 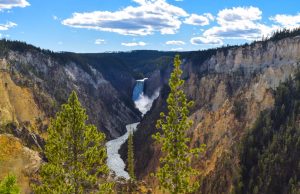 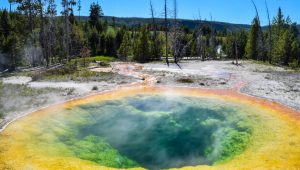 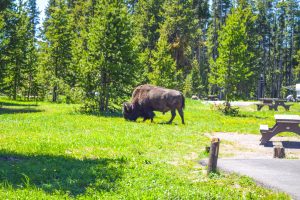 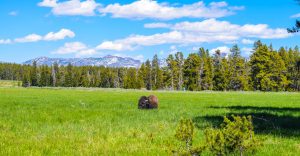 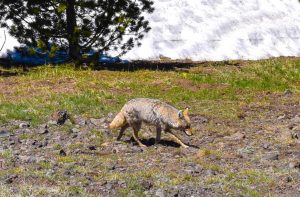 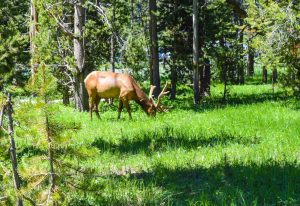